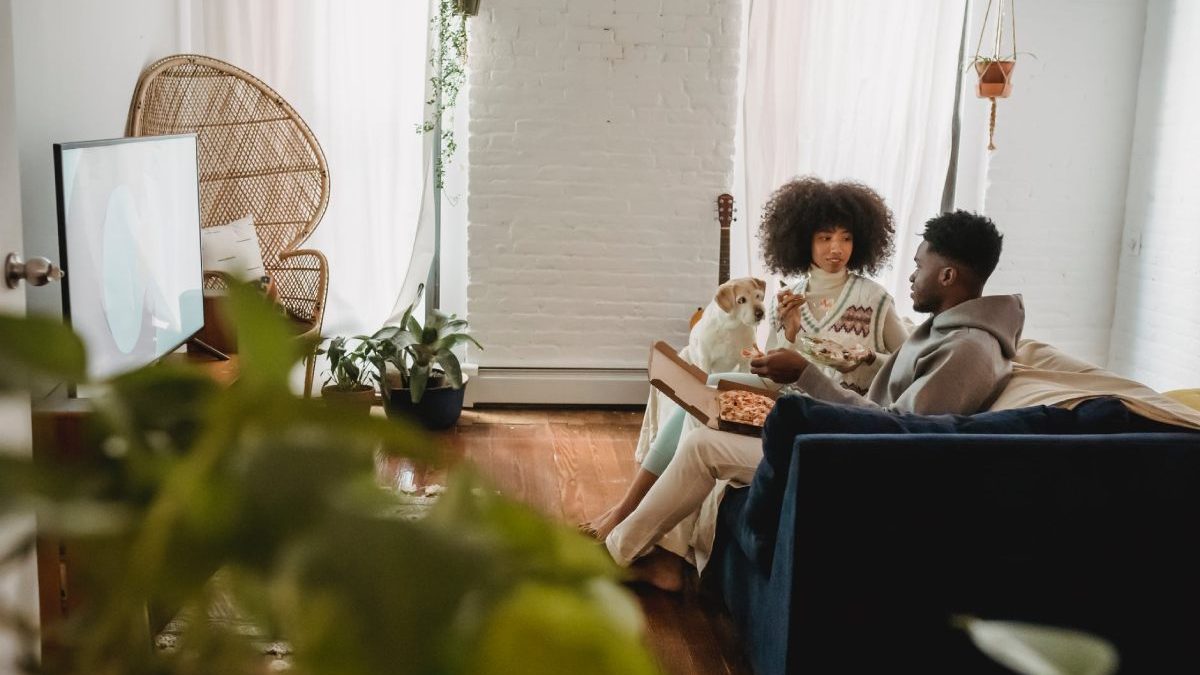 Dog Have Separation Anxiety? There’s a new TV Station for That

If you happen to be a dog owner or know someone who is, you know there are times when these cherished animals need to stay at home while everyone else takes care of other daily obligations. This time apart can be stressful for some dogs, which bring us to the topic of a new TV streaming service designed with dogs in mind. It’s called DOGTV and it just launched in the United Kingdom; although it’s not new in other markets, but more on that later. Here’s what you need to know about the latest way to keep your furry friends happy and relaxed when you’re away from home.

So, Just What Is DOGTV?

In a nutshell, DOGTV is a streaming service created for dogs and, by extension, their owners. It’s kind of like Netflix, but with a prevailing canine theme. The channel presents viewing options scientifically designed to keep dogs calm and relaxed when owners and other family members aren’t home for long periods of time.

DOGTV is new to the UK, but it’s not entirely new in other locations. Created by Ron Levi and Guy Martinovsky and also co-founded by Gilad Neumann, the premium cable TV network was officially launched in 2012 in Israel and tested in certain cities in the United States, of which was San Diego. It’s color-adjusted to align with the way dogs perceive visuals and colors. The featured segments are presented in 3-6 minute increments.

It’s no secret some stay-at-home dogs have a tendency to get into mischief when they have the run of the house. This is one of the ways DOGTV hopes to help out dogs’ human companions. The idea is that if dogs are calm, relaxed, and entertained, they’ll be less likely to do things that cause stress for their owners when they return home.

The Prep-Work Involved with DOGTV

The programming presented on DOGTV is timed to the typical rhythms of a dog’s normal day when staying at home. The channel was created based on results from three years of extensive research. The concept has also been given the seal of approval by animal behaviorists, pet organizations, and veterinarians. The programming shown isn’t just a bunch of dog shows and shots of dogs wandering around aimlessly. A lot of thought and research has also gone into putting together the content for DOGTV. The selection of programs is a mix of educational and entertainment shows, some of which include:

What Satisfied Pet-Owning Customers Have to Say?

Neumann, who is the current CEO of DOGTV, says many pet owners already using the streaming service have reported positive results with the channel. Neumann notes customers have reported calmer pets and fewer instances of chewed up furniture and distracting or persistent barking. In the U.S., the San Diego Humane Society in Escondido has been using DOGTV for many years to keep rescued dogs calm and relaxed.

How to Get DOGTV?

There’s definitely a market for DOGTV. Nearly 500 million dogs are kept as beloved pets around the world. In the U.S. alone, nearly 50 million households have at least one four-legged friend. In the UK, Statisa.com reports roughly half of all households own at least one pet. DOGTV is accessible on Android and Apple devices. It’s also available on a wide range of smart TVs, and the channel can be accessed directly via DOGTV.com.

As for whether or not dogs actually enjoy watching TV, the general consensus is they do, but it’s mainly because their human counterparts enjoy this particular pastime. Famed dog behaviorist Cesar Millan – a.k.a. “the Dog Whisperer” – points out that when dogs first spent a lot of time indoors, windows were their TV. However, since many humans now spend more time at home watching large screens for entertainment, dogs have picked up on the habit, too.